The Secret of Japanese Fermented Foods

Fermented foods - I hear the word very often these days.  When you look into recipes of Japanese cooking, the ingredients are quite simple.  They are often combination of soy sauce, miso, sake, mirin, sugar, vinegar and salt.  Except salt, they are all fermented foods.  By these magical sauce and paste, varieties of delicious Japanese meals are made, as they draw out the best flavor of vegetables, fish and meat, and create rich flavorful taste. 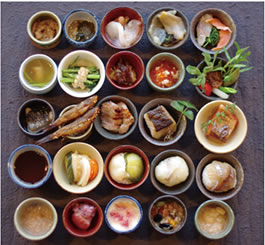 So, what are Japanese fermented foods?  How are they made?  What's the secret of its taste?

Miso is one of the most common Japanese food known all over the world.  It is made from soy beans, koji and salt, and it is fermented for at least 6 months. 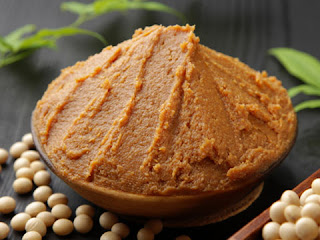 Koji is a starter and key ingredients to make all of the Japanese fermented foods.  It is a culture made by growing fungus on cooked rice and becomes rice koji moulds.  Fermented foods are made by breaking down these moulds.  This is the mother of all tastes of Japanese meals. 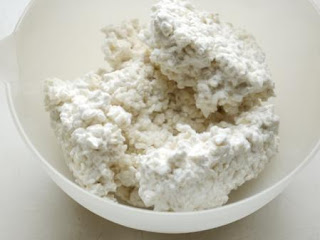 Koji is an active enzyme that breaks the protein into amino acids, that is known as 'umami', a rich tasteful flavor, and the starch is turned into glucose, which creates natural sweetness.

Miso and other koji products are regarded as superfoods and high in nutrition.  They are delicious and stay fresh for a long time. 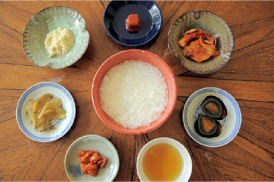 These fermented foods have a long history, going back thousands of years.  Before the civilization understood the microorganism, the ancient people already knew the way of using it and bringing out the best flavor and nutrition from foods.  It is wisdom that we have inherited over centuries.

Posted by Sumika Crafts at 9:08 PM